Valencia and Fallas, so how Spaniards have fun

17th of March, spring have already arrived for good. Well, for the polish girl like me I would call it even summer!

-Where are we going to the beach this weekend? – I asked.

-To Valencia, there will be Fallas!

Weird that almost everybody ( I am not talking about Spanish people ) knew what event is that. Only I wasn’t aware. Even my mother was talking to me what kind of party is it!

We get there before midnight on Friday. We stayed with the family of my boyfriend because firstly it is nice to be in the family atmosphere. Secondly, with one day in advance, we wouldn’t find accommodation in the whole city.  Most of the family was not from Valencia, like us. 10 people were packed in one apartment and we were talking till 1.30 at night. Suddenly everyone stood up and…

-Are we going to sleep?

-No! We are going out to see fireworks 🙂

It always makes me happy here in Spain. Small kids and elderly people, everyone is going to have fun together. I have the impression that in Poland parents wouldn’t be taking the kids out so late and older people wouldn’t just to go out. That’s a bit different culture. Honestly, I was also a little bit tired but if everyone is going, then I am going too!

At 2 a.m. there was so many people like in China during the day or even more! Fireworks was wonderful, I think the most beautiful which I have ever seen. It was a real, huge and colorful performance during 15 minutes.

What was happening more into the city center? Yay! Whole streets were closed for the cars, DJ’s with speakers outside. Party on each corner, people were dancing on the streets, what an atmosphere! If I wouldn’t be almost sleeping I would jump into that crazy people and dance with them listening latin music. 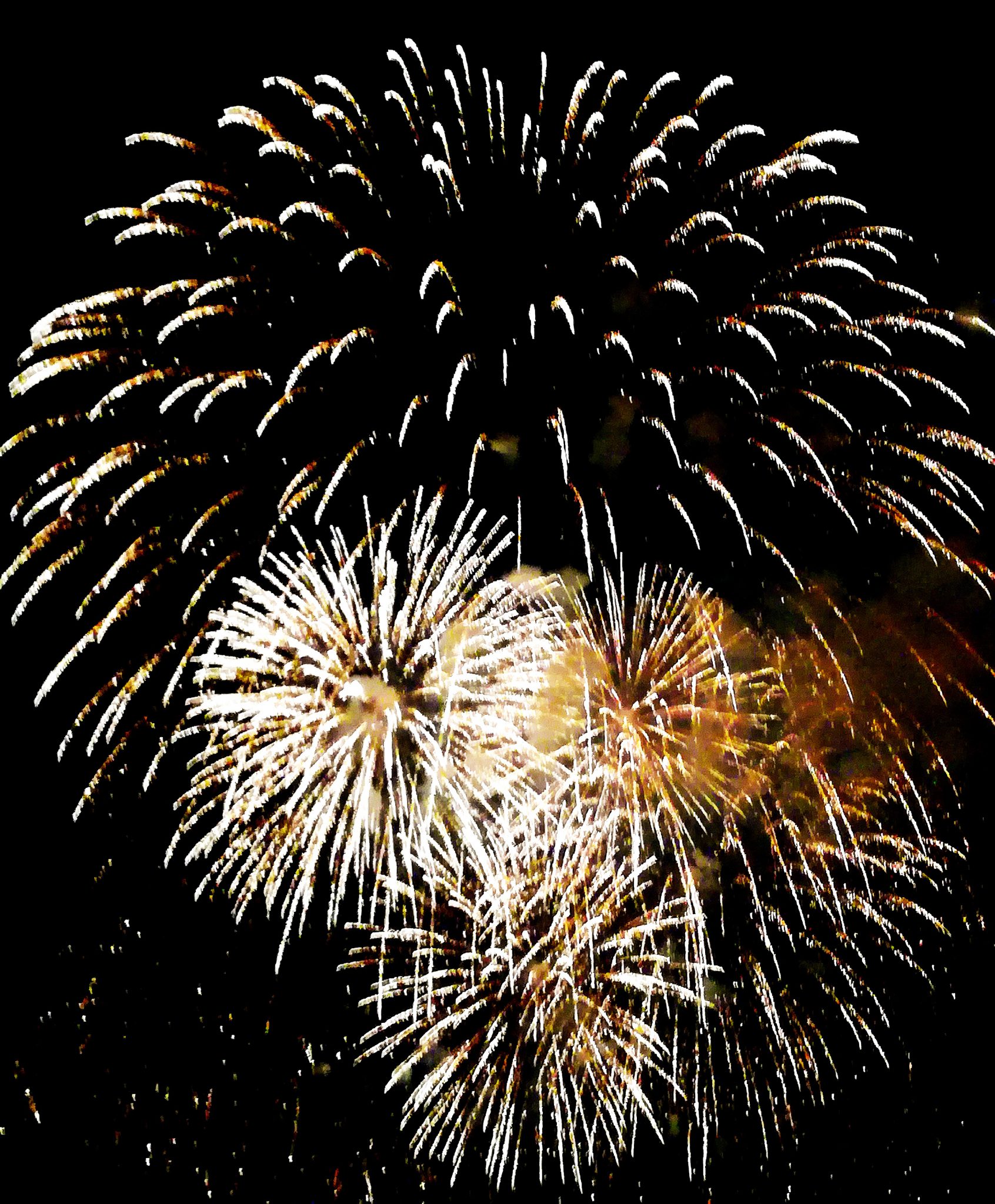 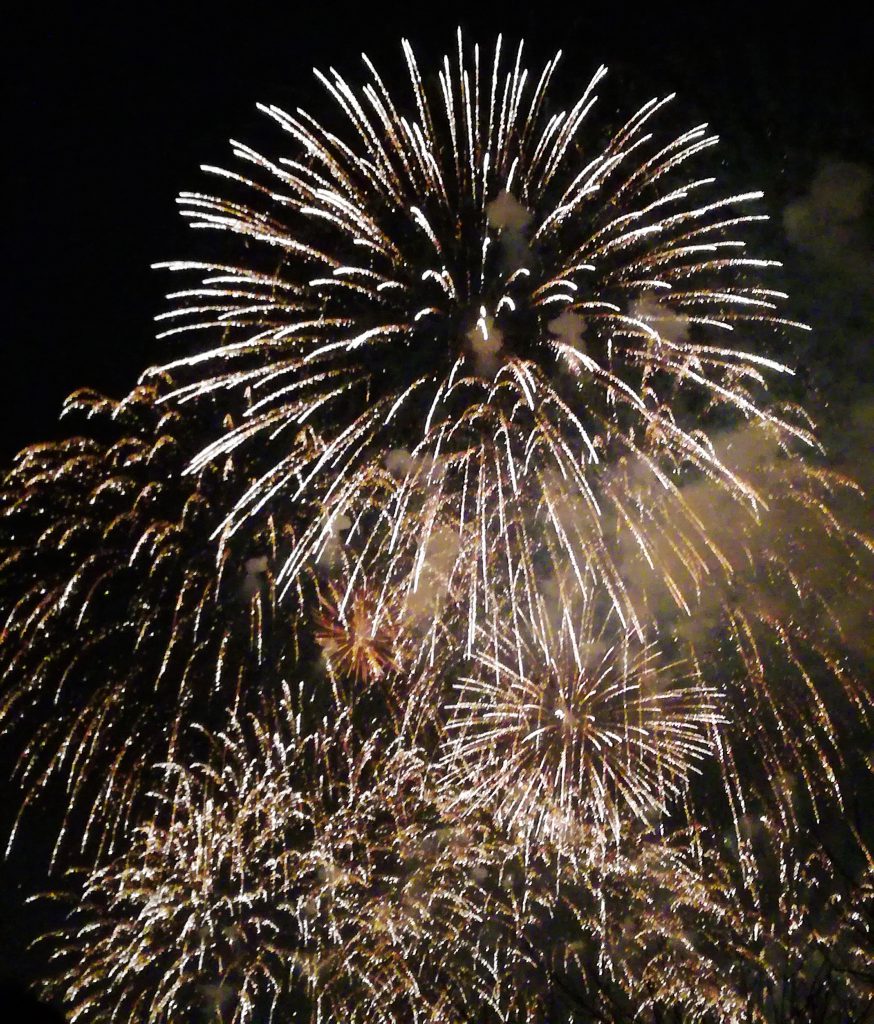 So what are the fallas? It’s kind of figure. Apparently, there is an organization, which builds them whole year exactly for this celebration. Whole year because firstly, there is a hundred of them in Valencia, literally on each junction. Secondly, it is a beautiful art. The sad fact is that only one figure survives every year, this one which won as the most beautiful. The rests are going to fire on people’s eyes. Well, such tradition 🙂 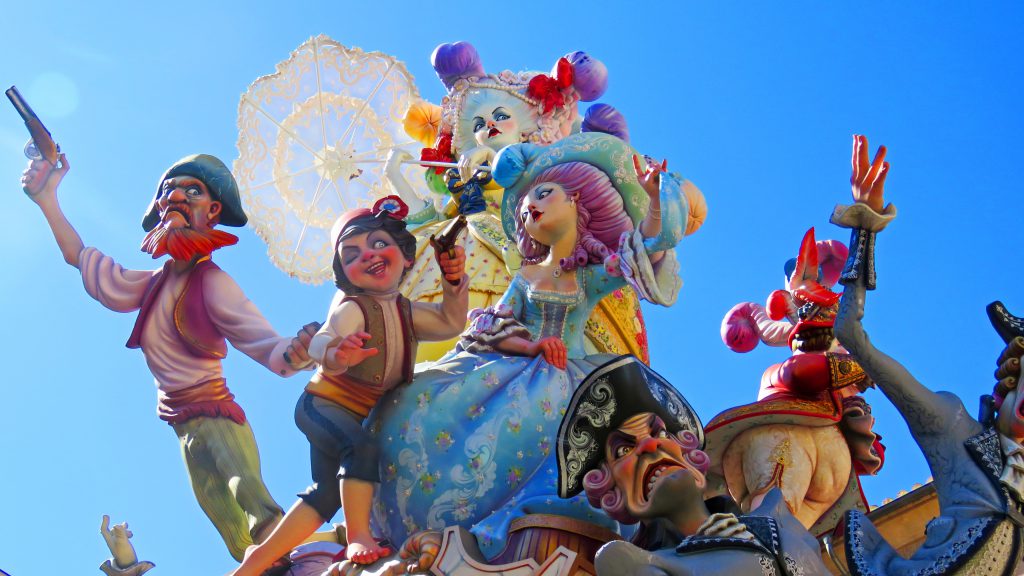 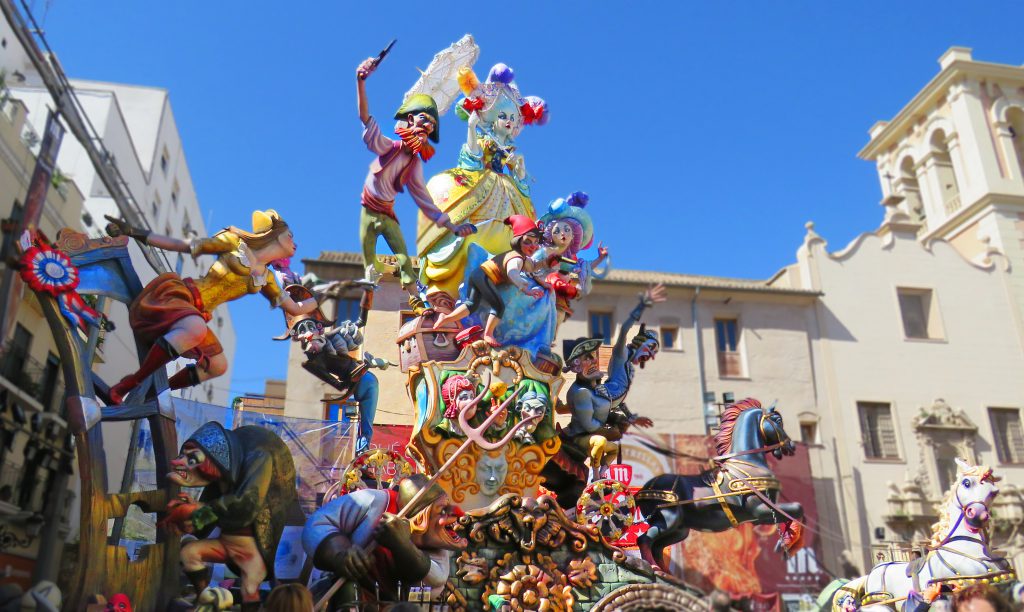 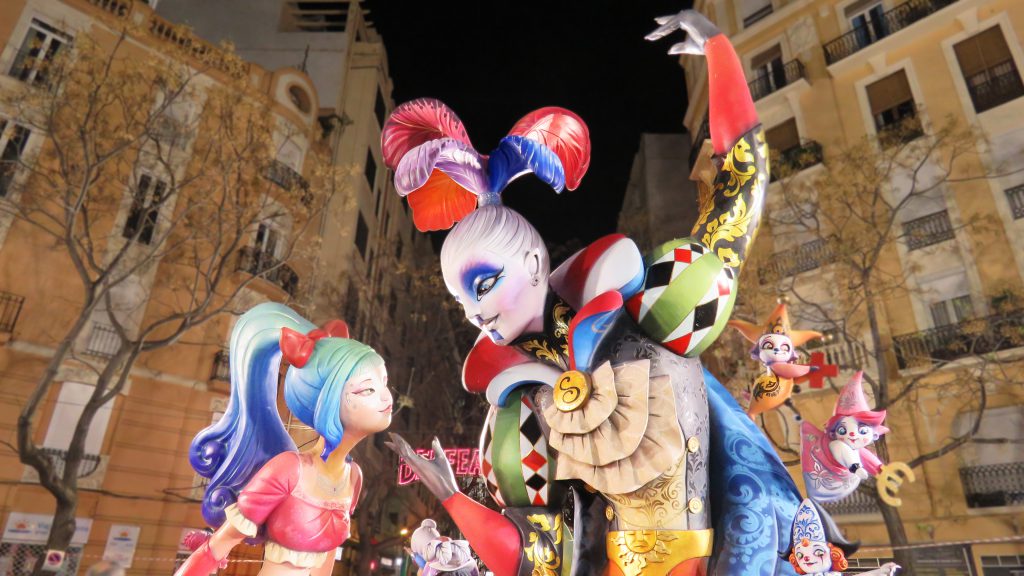 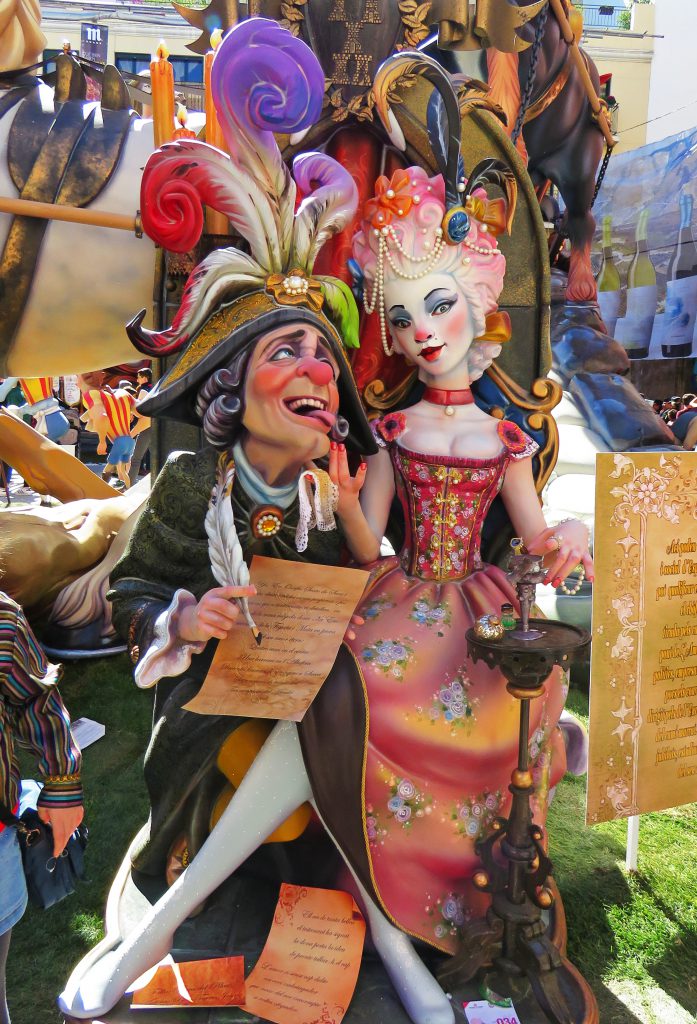 Before it started I had no idea what will be happening. We had to go 2 hours before this event on the square to have – standing spots. Equipped with beers, chips and so popular here sunflowers we were waiting in the heat.

In this way I had a chance to observe behaviors of Spaniards. People at any age, everyone was waiting peacefully in the crowd. There were talking to each other, joking, exchanging sandwiches for the beer or buying it from the backpack of exiled from the heaven Latino guy (he was selling can 50% more expensive than we could buy in the store despite this fact he run out of 60 beer in 1 min. Well none didn’t want to go through to the store in such crowd).

Later, some positively crazy guy started to count seconds of traffic lights for pedestrians, this one with numbers. With his idea went tens of another’s people and everyone was counting loudly and on “0” they were celebrating clapping, yelling and so. So stupid and so positive at the same time . 😛

I knew how Spaniards can have fun but after that visitation in Valencia, I am veeery impressed. I didn’t see any fights, arguments, malevolent, everyone wanted just to have fun and that is awesome.

Ok, but what was happening on this Mascleta? Fireworks shooting. The attraction at this time was not visual effects but sound. Incredible, but so attractive roar (necessarily see the video, because the text will not describe it as well as the film). 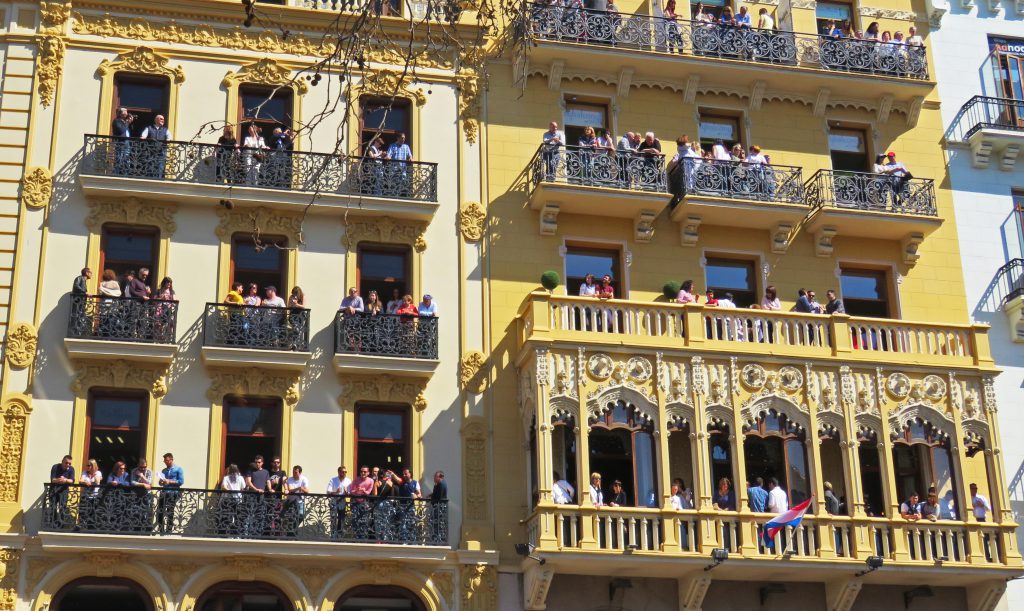 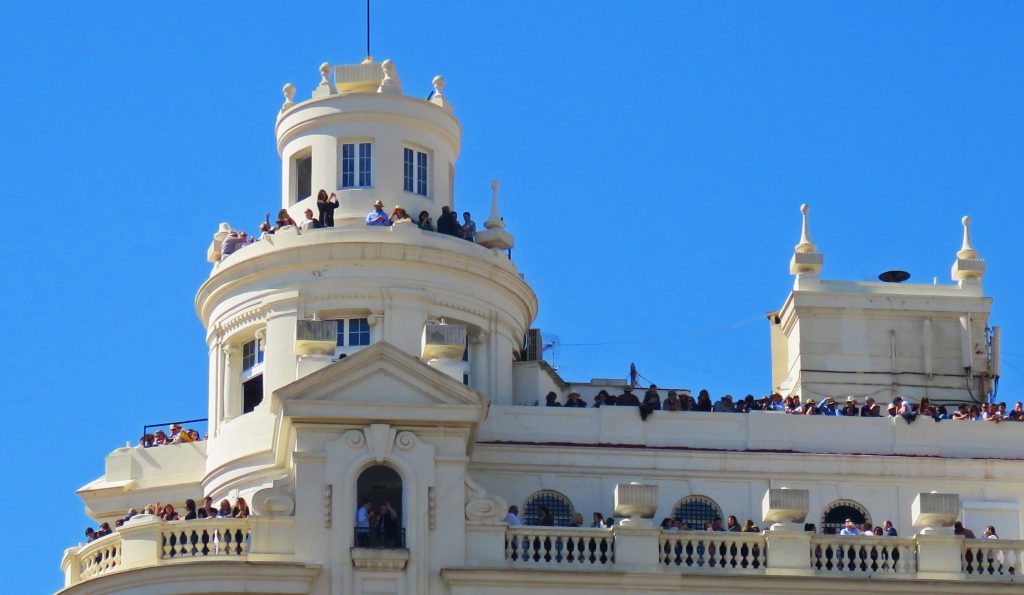 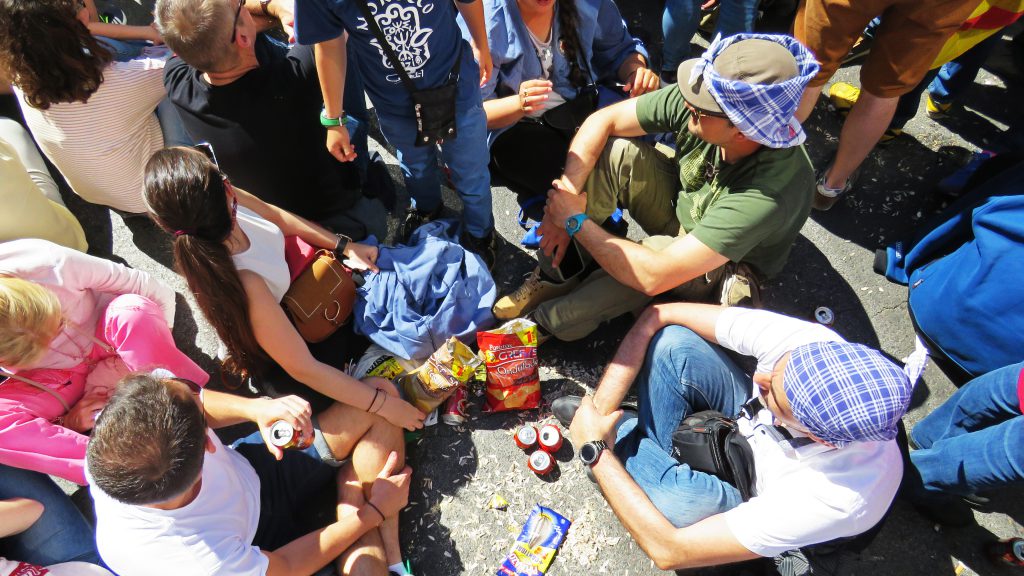 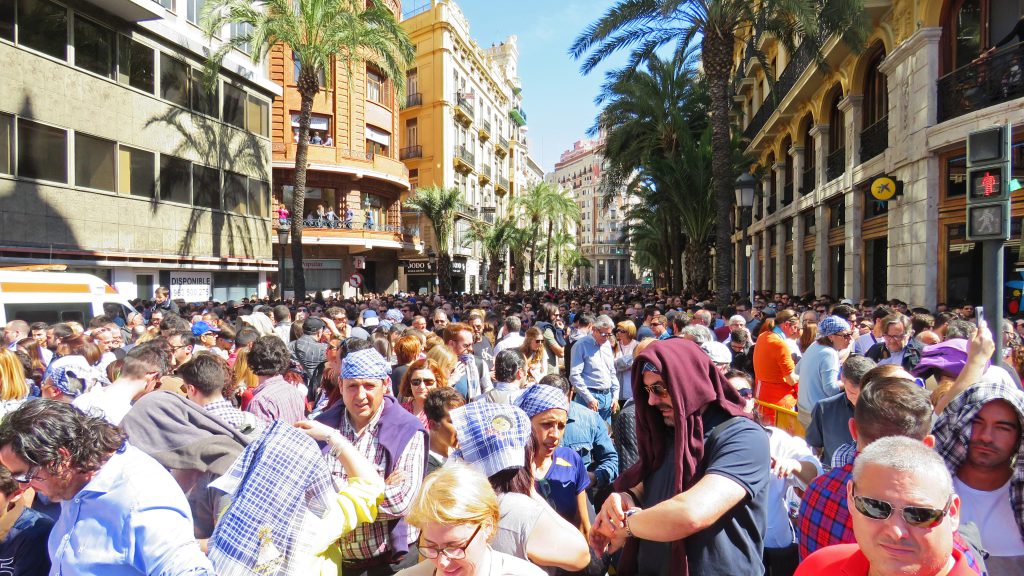 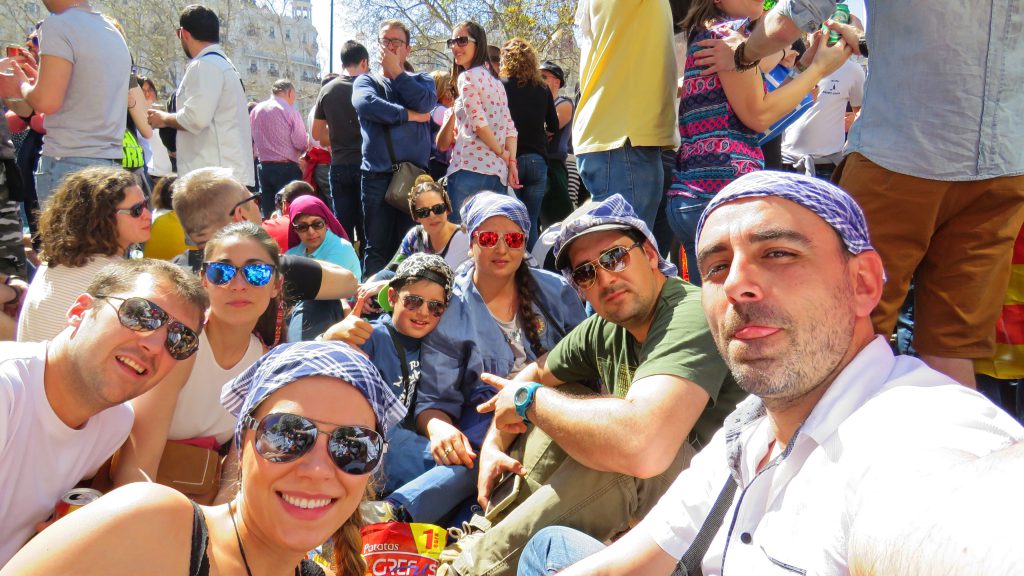 Usually, I check in on FB where I am, because, for example, someone from my friends can be in the same place as me. And so happened this time.

-We are going for a drink.

The British I met in Hong Kong at the kebab place when I was still working in China. We don’t need to know people perfectly to spend a good time with them. I love such meetings after the years.

-You know Anika, If I would be living here, in Spain with such a good weather, witch such parties and with such people i asked myself a question. If I would be working so hard like in UK? NO! 😀

He was incredibly impressed by the whole event as I was. 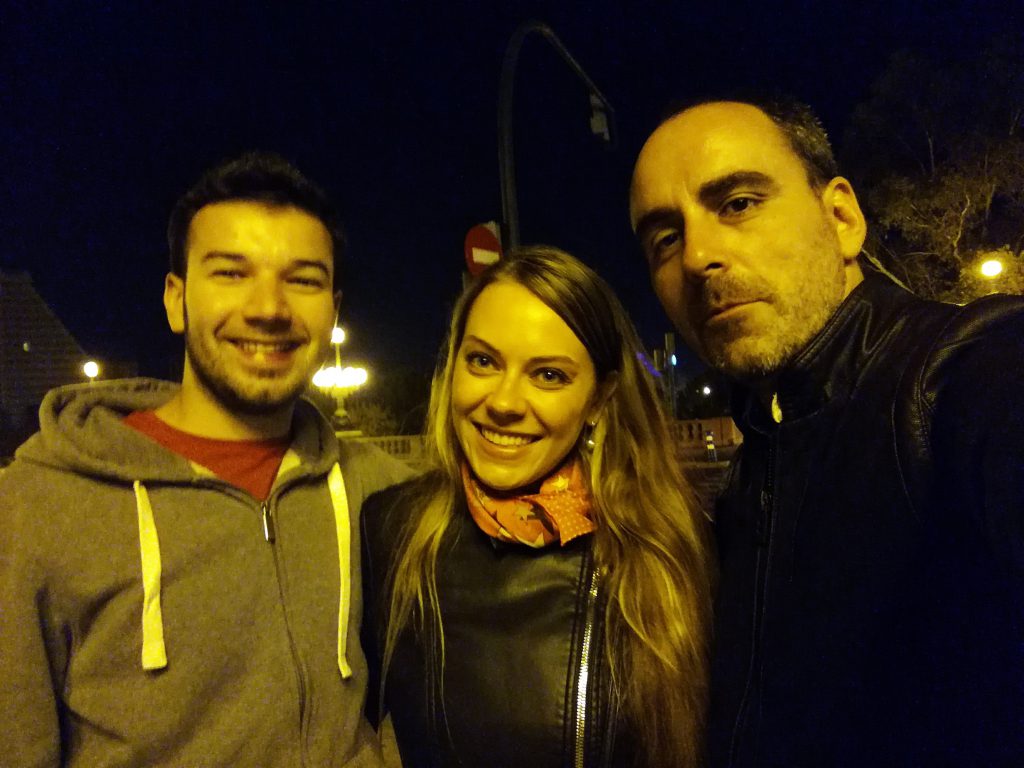 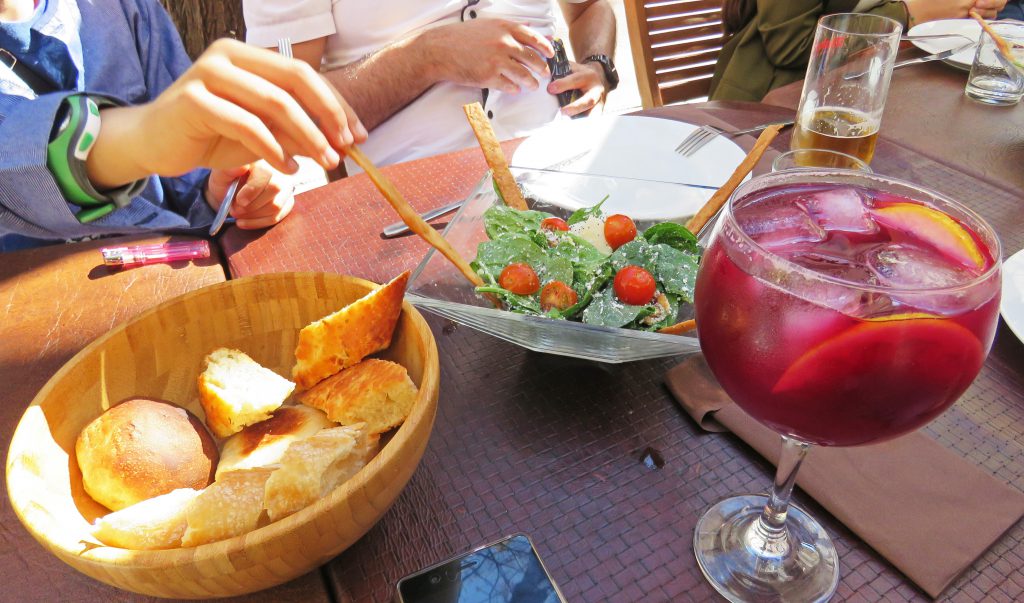 The beach and palm trees. I kind of see palm trees every day for 4 years but oh…next to the sea there are even more beautiful! Maybe Valencia is not the most wonderful place for lounging on the sand in Spain but It was enough. I was excited anyway. Finally, we were sunbathing in March! 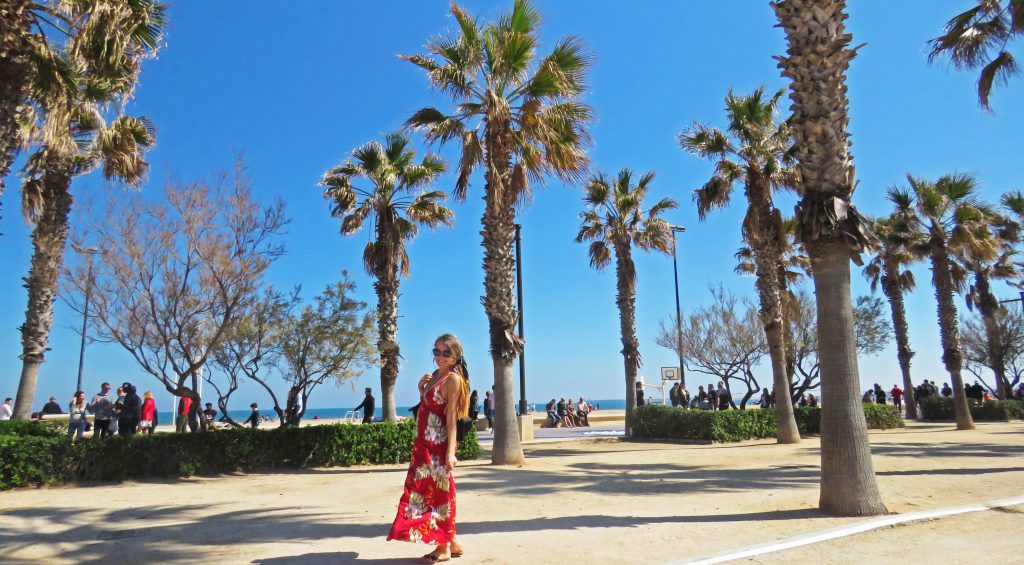 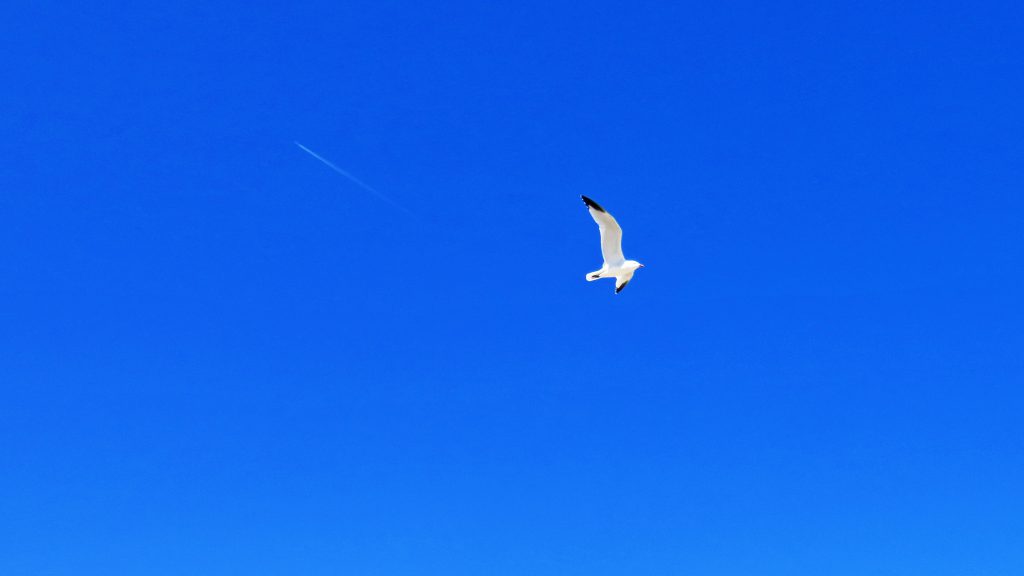 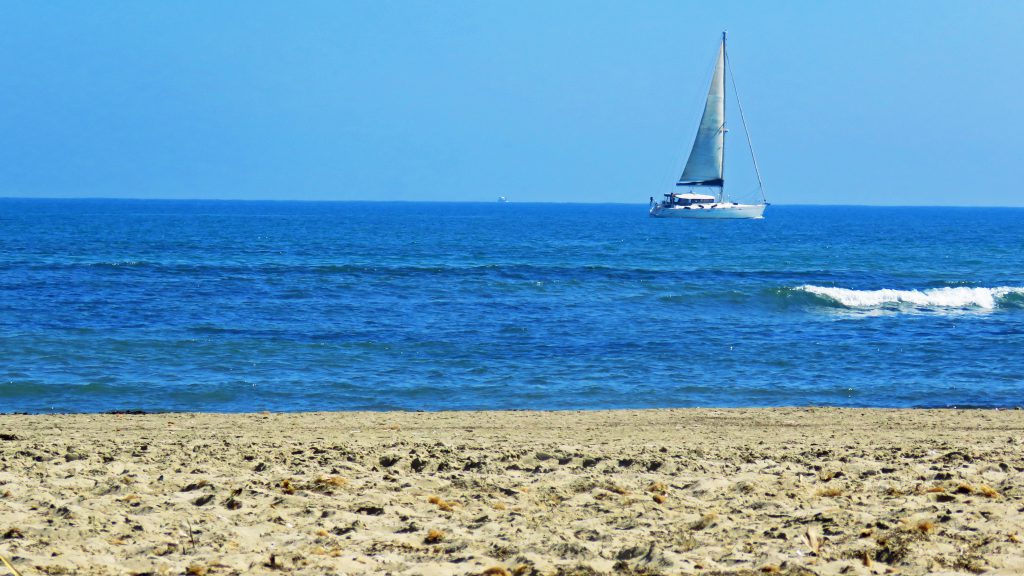 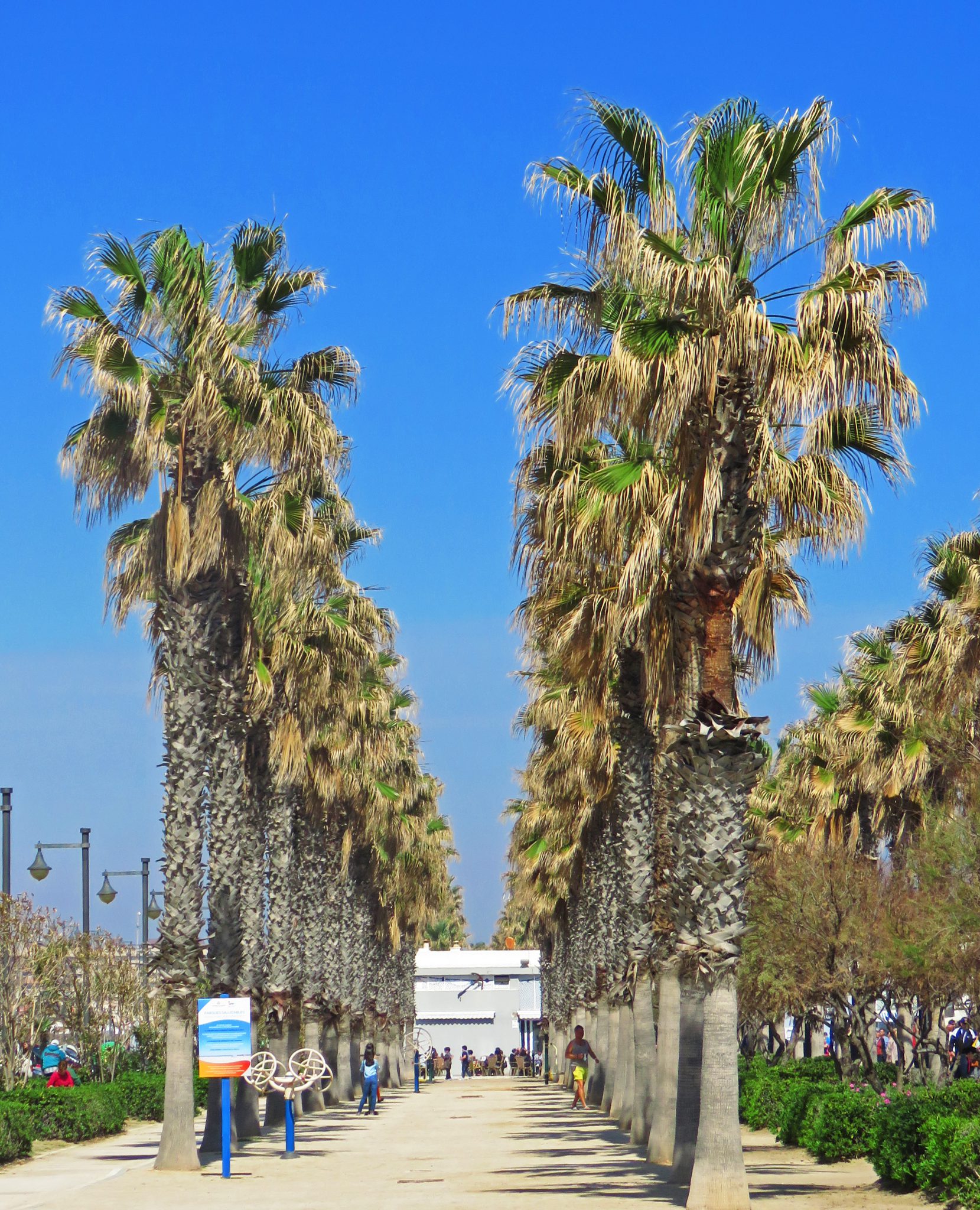 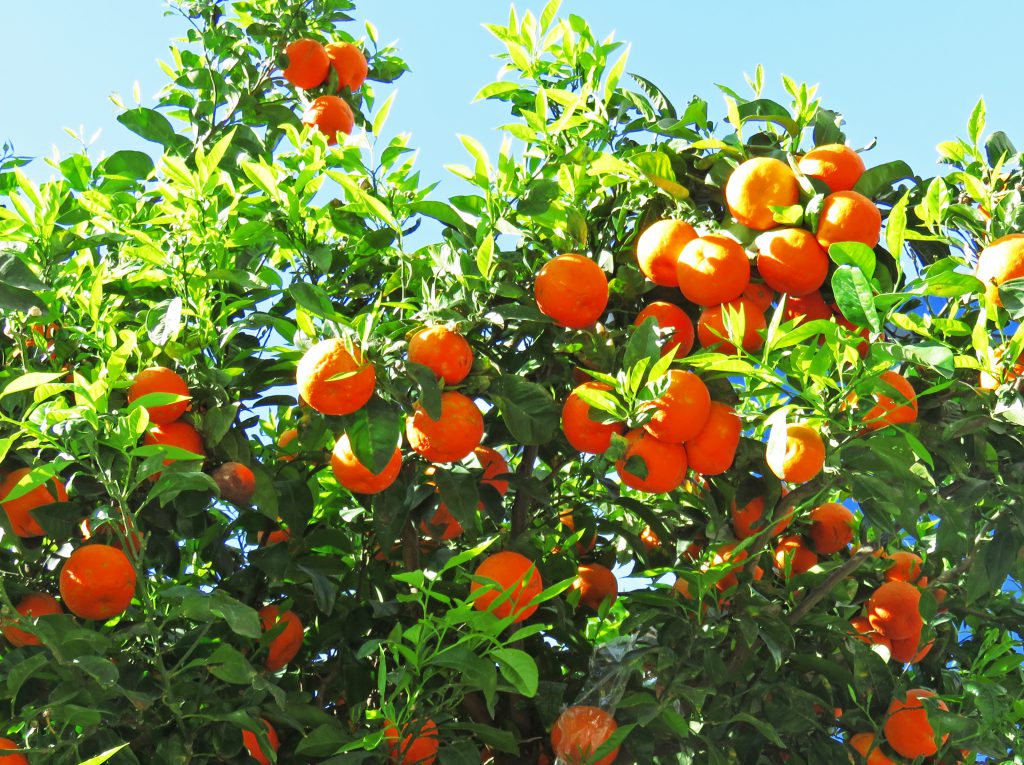 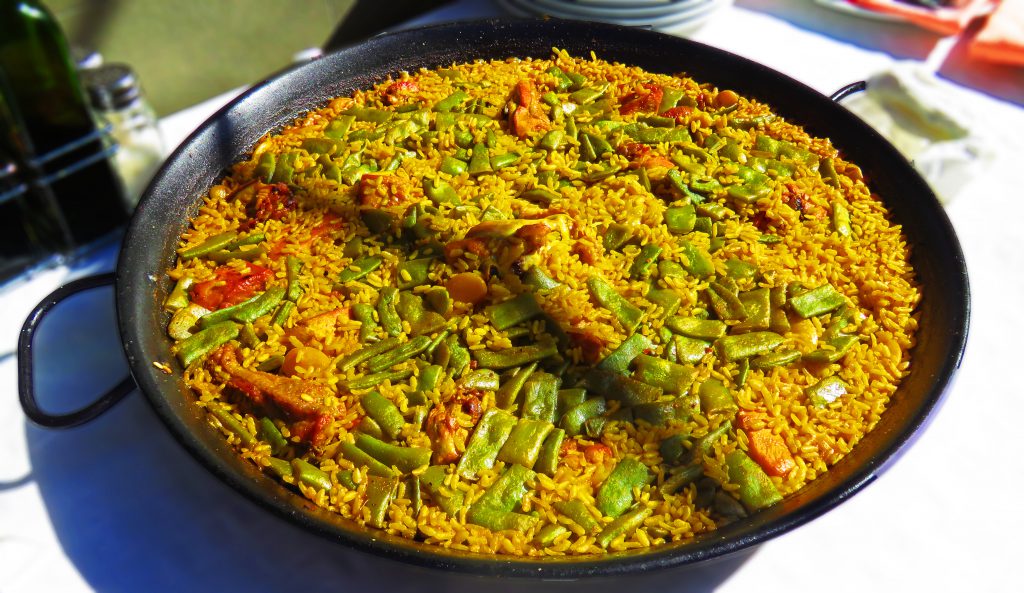 For the lunch, in the family atmosphere, we had the typical dish from Valencia – paella. The rice with vegetables, sea food or meat.

We closed the weekend walking around the most famous buildings in the city which impressed me too. I felt a little bit like in Singapore.

I will remember that weekend for a long time. It was not only the visitation on the beach- which was actually our destination – but this whole party Fallas, people, weather, food, oranges on the trees, palm trees, city and everything, everything, everything! I love Spain every day more and more. 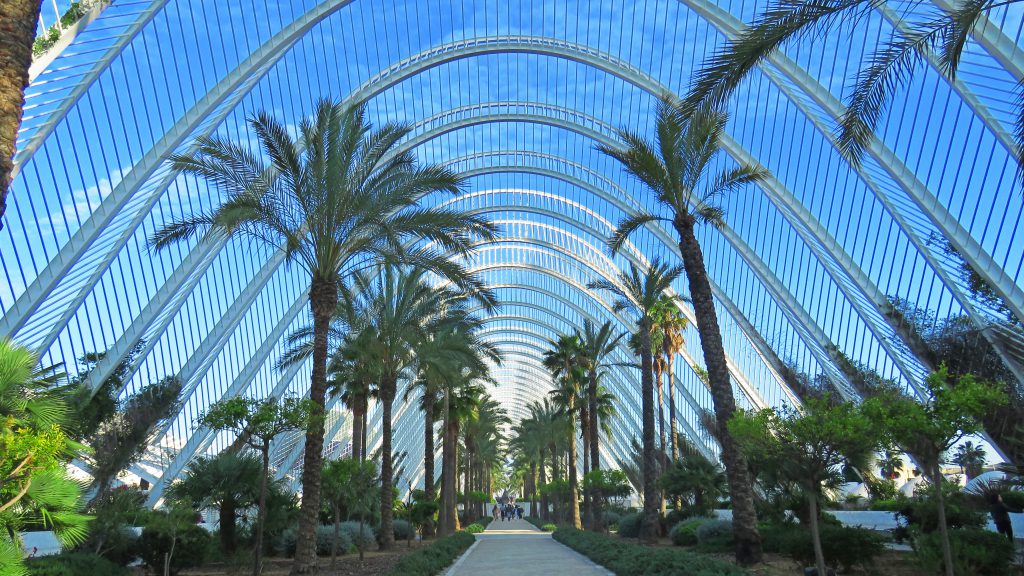 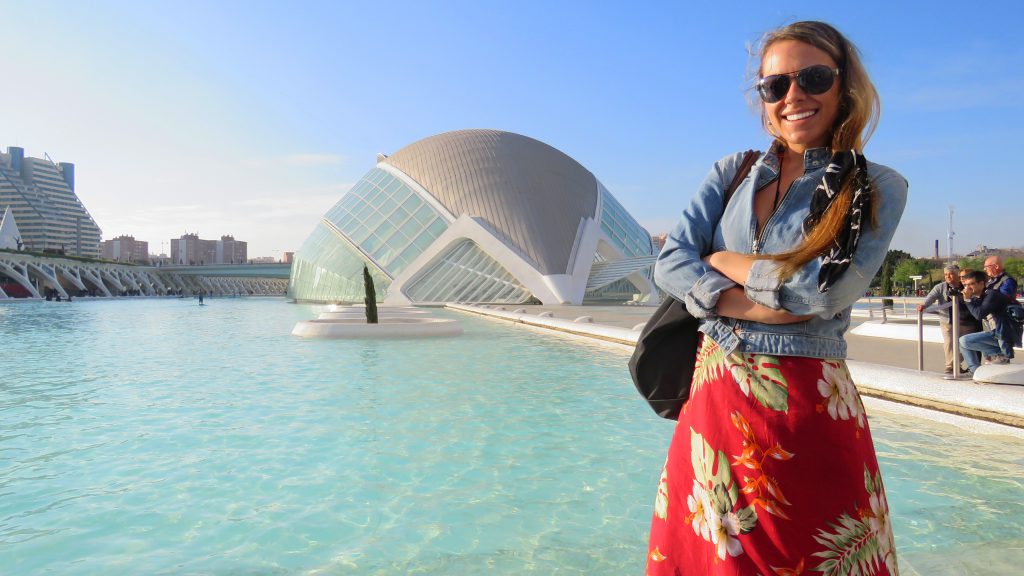 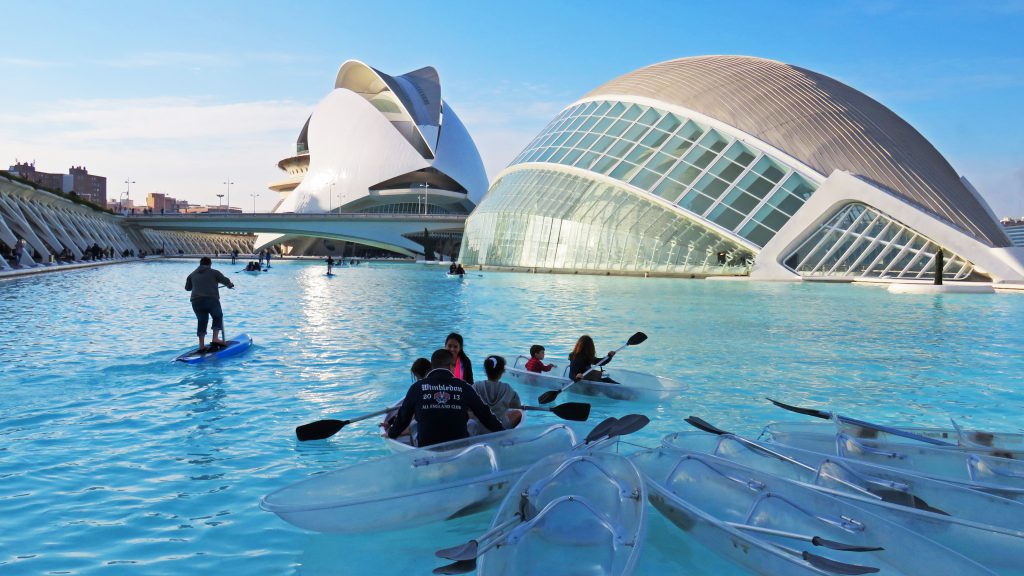 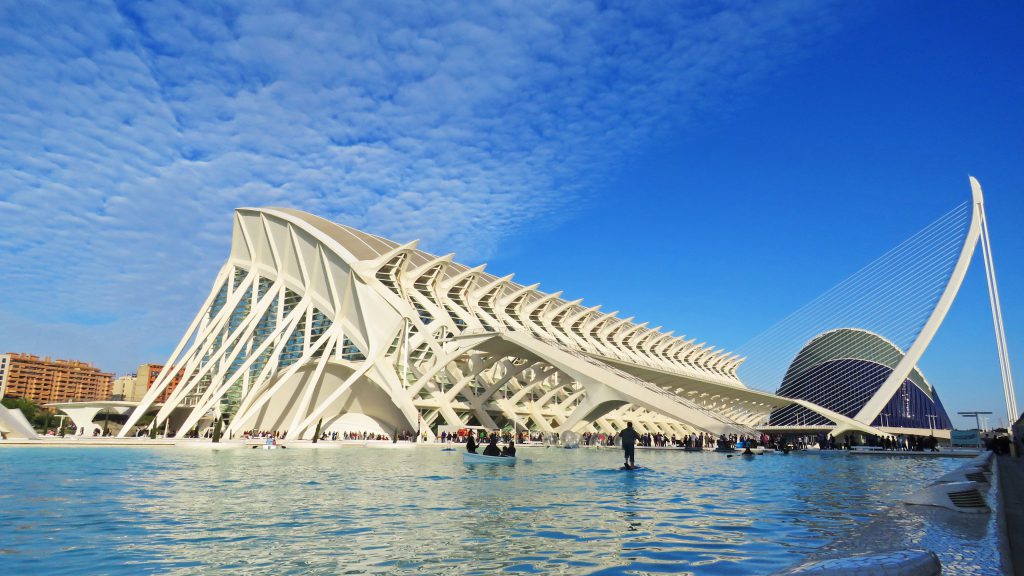